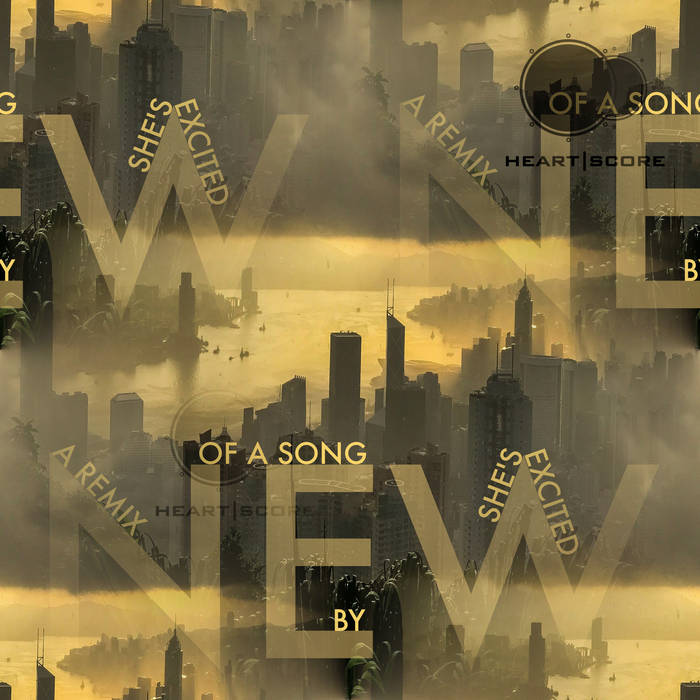 Richard Blaine Heartscore continues to show his creative juices are flowing in this reworked version of "She's Excited." Lot's of nice twists in this track!

I know Anne Wichmann aka „She’s excited“ from Soundcloud and it was always a pleasure to visit her cloud because of her unique and fresh approach to EDM. Sometimes I have called her style „intelligent EDM“, because she is fun of using more complicated song-structures than others paired with catchy melodies. In her own words: „She’s Excited! is a Brooklyn-based producer, singer and songwriter of indie electronic music, IDM and dark electronica“
Because I like her style I immediately decided to join, when I saw her Remix-Contest for her latest release „Love is round“. After listening to the whole EP I stopped at „New“, because I thought this track would call for some heavy guitars.
What I have done? Anne provided the basic vocal-stem and I have created a new arrangement around it, so the only original stem left from her are the vocals. I wanted to add the specific „Electronic Metal“-sound, which I have developed during the last months to the track. I created a new arrangement with a custom electronic Drum-Set, two brutal guitars, a „Dark strings“-pad, a heavily distorted Synth-bass and something like a electronic vibraphone. I have not touched the overall structure of the song, but I did some re-harmonizing and build up all instrumental tracks from scratch. Anne’s voice was mangled a bit going through Tape saturation, distortion and a Telephone-like EQ.

Recording notes: I tuned my BC Rich down to C for this track, though it has just a Gibson-scale and 9-46 string-gauge and I was too lazy to restring another guitar. However it worked though the strings felt like rubber-bands.

Don’t hesitate to visit her bandcamp-page at
she-s-excited.bandcamp.com

Longing for a fresh breeze
Both hands on the trapeze
Check flood control reservoir
Then count the stars
„Follow your avatar“, says my heart.

Ready for the New

I´m ready, candid and steady
Excited and happy
Wet grass beneath my feet
Leaving the concrete

I don´t expect anything
But it’s ok

Longing for a fresh breeze
Swinging on the trapeze
Check flood control reservoir
Then count the stars
„Follow your avatar“, says my heart.

I´m ready, candid and steady
Excited and happy
Wet grass beneath my feet
Leaving the concrete

Ready for the New

I´m ready, candid and steady
Excited and happy
Made of black stains an sunbeams
Ready to change the scheme