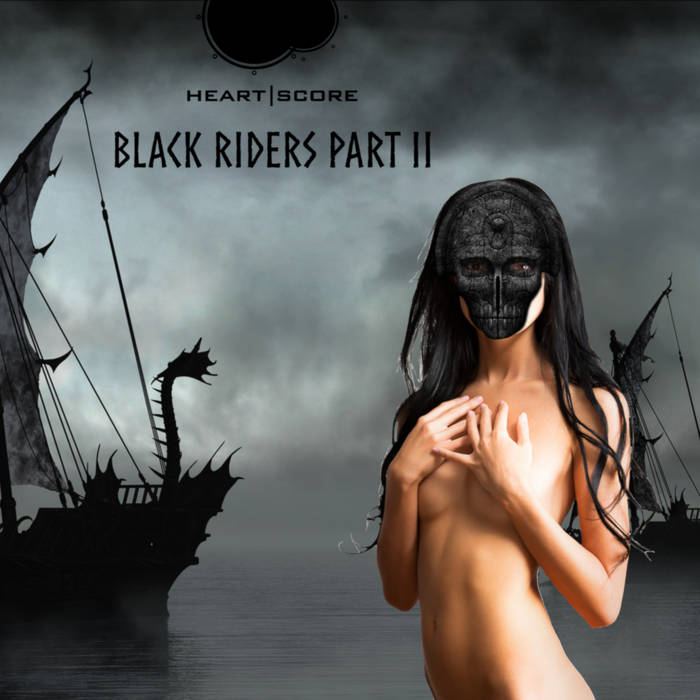 Lee Lucas The latest Heartscore album is certainly more of a step in the right direction regarding Radloff's decision to bring in Giacomo Rossi to take over the vocal duties. No doubt Rossi has the power and the range in his voice to fit the music and deliver the goods. You can find out more in my full review of the album here: leespeaksoutaboutmusic.wordpress.com/2019/11/08/lee-speaks-about-music-131/ Favorite track: There was a man and a woman.

The new heartscore-album "Black riders part 2" is again based on poems by the american author Stephen Crane. I have compiled eight poems from his collection "Black riders and other lines" and also the Guitar-instrumental "To my tiny throes and struggles" is named after a Crane-poem. Only the final instrumental "Mankind" is titles by myself and the title shall point back to the sister-instrumental "Gods" on the previous album. The album is released digitally on all platforms and additionally I have produced a small vinyl-edition. I learned again from the experience with the release of part one and will only make three copies for sale. So don't hesitate and buy one, because actually there are only three available worldwide and I will only order more, if three are sold out.
Shortly after the release of "Black riders part 1" I met an old friend again online, the italian singer Giacomo Rossi, whom I knew from my Soundcloud-years. We did a cover-song together and I was so blown away by his performance, that I immediately decided to get him for the next full heartscore-album. His voice reminds me on the great vocalists of 80s Metal, think on Rob Halford, Bruce Dickinson, Michael Kiske and others. A high, dramatic tenor with a wide range and many colors. And of course I was influenced by his voice, when I composed the songs for this new album, so many tracks will probably remind you in parts on the great bands mentioned above, but of course you get also a good portion of the old heartscore-trademarks: Choir arrangements, tricky breaks and a beautiful piano-ballad. The new album is for sure much more accessible than its predecessor and I believe, that it could attract more listeners.

All music composed, arranged and produced by Dirk Radloff
Artwork and sleeve design by Dirk Radloff
Photos are licensed from shutterstock.com
The norse font was created by joel carrouche
Mixed and mastered at home

Special thanks to: my little darling and my beautiful children, Stefan Platte, Anja Radloff, Lee Lucas,
Gordon Midgley, Marquis Zane, Russell Sinfield,
Darren Douglas Danahy, Rock Flexible and all those other online musicians, who helped me with
feedback and suggestions.

Khruangbin and Greg Foat stop by with their amazing new LPs.